How to cure Asthma Naturally with Breathing & Diet

“I was drawn to working with Misha because I liked the fact that he worked with a multidisciplinary approach – in particular diet and breathing – and with apparent openness to both. I had found on my own practice that diet had helped breathing and vice versa. 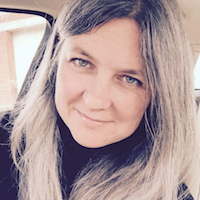 of hard work. Was I really ready?nI did think about this for a number of weeks before deciding yes. I was prepared to give it everything.

I came to Misha with fairly severe asthma, having fallen back into daily drug usage. I’d been taking steroids for years by this point and had been unable to exercise freely since four or five years old. I was also slightly obese, up maybe five nights out of seven with crippling back pain (medicating myself with wine and codeine) and had a long standing anxiety disorder (OCD) together with the inevitable depression that associates such a thing. So overall in pretty bad shape.

I found Misha to be a very caring, knowledgable and attentive practitioner. I think it’s because of the work he has evidently done on his own health, you can feel this shine through. So it both holds you to account for the work you must do, and offers inspiration as to what you might be able to achieve should you apply yourself.

In the end it wasn’t as hard as he predicted. I found the diet pretty satisfying (and now consider myself totally converted to it as a lifestyle choice.) I am easily able to hold to this diet even though I run my own business and am a mother of a young son. Time is short. The diet is simple.

Changes were fairly immediate in that I lost just under 30lb very quickly. But the most enormous change has been to asthma symptoms. I consider my asthma has completely gone. Something I never previously achieved even when I was actually teaching Buteyko. There was always a degree of steroid needed.

It’s like I now inhabit a different body. It is different. There’s an excess of energy now. So I find an interest in physical exercise that was never there. I go for a walk, and before I know it I’ve broken into a run.

The anxiety is still ever present. But I reckon give me a year of this and my mental health will also be completely turned around. It’s been a life changer for sure. We hold the keys to health and healing. It is totally possible for you too.”

Want help with your own health situation?

Testimonial – My Most Authentic Marathon!