Testimonial – My Most Authentic Marathon!

I am 35 years old, have asthma and PCOS (polycystic ovary syndrome).
Besides, I love running and have run 5 marathons so far.

I learned the breathing techniques that Misha is teaching, eight years ago, and have practiced them ever since, also during sports. It has meant that I live without asthma attacks and can push myself to the maximum without the need for medicine.

Up until my last race, I had switched to ketogenic nutrition and thus spent 3 weeks in ketosis before starting at Copenhagen Marathon 2017. I have not loaded myself with carbohydrates in the days up to the race, had no sugar gels in my bag. And honestly I felt a bit alone and naked in the starting area. It was only me and the distance. I felt like it was the first time I had to run without a “support wheel”.

The start went well and I ran without thinking about time. I used Misha’s relaxation techniques and 1-pointed attention, which gave me presence in the moment, rather than focusing on the goal. It was a warm day with high sun, so I already experienced salt deficiency after 10 km. I did not take the salt along, and I noticed how I could not keep on the fluid. Then after 20 km I took a small piece of banana at a marathon water station, and that helped. Out at 32 km, where people usually hit the wall and my fellow runners started to get in trouble. I lowered the pace a bit, but after 35 km, it resolved itself and I could finish the marathon without problems and with lots of energy surplus.

I scored approximately 20 minutes slower than I could have if I continued on carbohydrate diet. However, the full benefit of the combination of reduced breathing and ketogenic diet was shown in the restitution. I was amazed, for the next day I could hardly feel it in my legs! I cycled at work and rushed up and down from the 4th floor without any problems. I usually fight just to get up from a chair. The inflammation was very low this time and the healing was strong and fast.

This was by far my most authentic race and the race I’m most proud of. And I look forward to my next race in half a year, where I will be further advanced in the ketogenic adaptation.

PICTURES:
Picture on top: LEFT 41 km and RIGHT just before the finish line
Picture below: 41 km 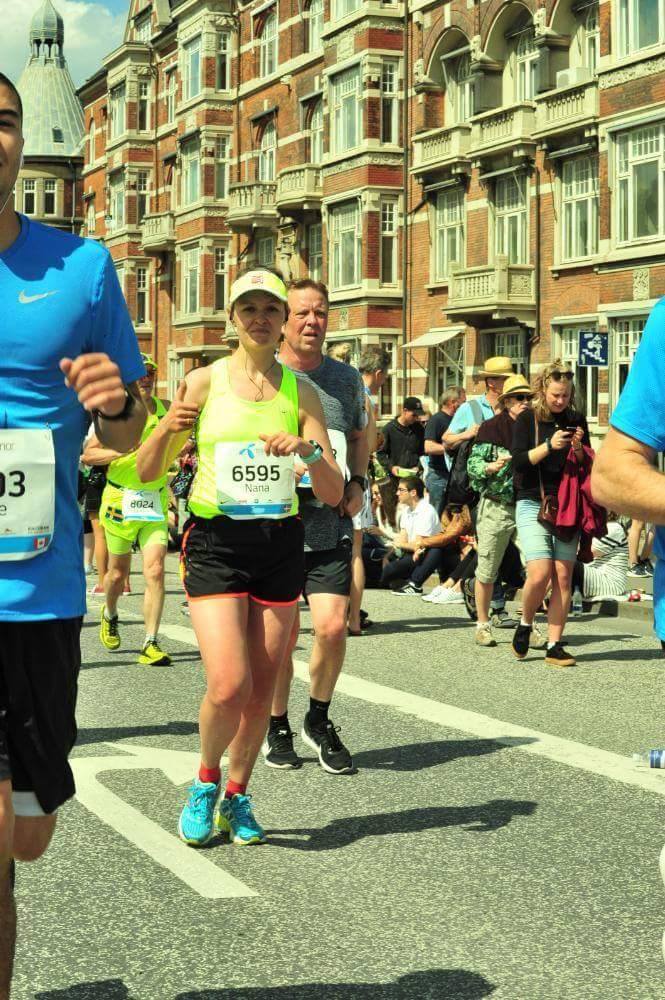