PLEASE WATCH THE VIDEO – BEFORE YOU READ THE ARTICLE BELOW

Let’s review some of the many links between metabolic disorders / diabetes and progressive cognitive decline. The risk of developing Alzheimer’s Disease / AD may be up to 65% higher in people with diabetes. Chronic hyperglycemia (high blood sugar) is identified as a risk factor for cognitive impairment and dementia.

1. Neurofibrillary tangles, twisted fibers of tau-protein accumulating within the neurons.

2. Beta-amyloid plaque of misfolded protein that accumulate in the brain and stop communication between the neurons. Researchers have also found that similar amyloid plaques in beta-cells in people with type 2 diabetes can be the cause of death of insulin-producing beta cells.

According to an article in August 2012, “Diabetes of the Brain” by Erika Gebel, PhD and William Klein, Ph.D.-Professor of Neurology at Northwestern University:

“Amyloid beta is an exceptionally flexible and sticky protein and clumps under certain conditions quickly to form amyloid plaque. A similar process can take place in the pancreas cells that produce insulin and contribute to the development of diabetes (” Alzheimer’s pancreas “). “

Remember, if you have questions, get answers to them on our 45-min Live Q & A session today Wednesday.
Connect through this link exactly at your local time below:
https://hangouts.google.com/group/ymfG6TswA4T12Ei33

I look forward to meet you online and answer your questions!

Connect with 4 simple steps:
1. Remember to have a google account – or create a new one at www.google.com. Do it well in advance!
2. Tap this link exactly at your local time in the table on Wednesday: https://hangouts.google.com/group/ymfG6TswA4T12Ei33
3. Wait approx. 10-15 seconds while loading, and
4. Touch the small camera icon to connect. See the picture below: 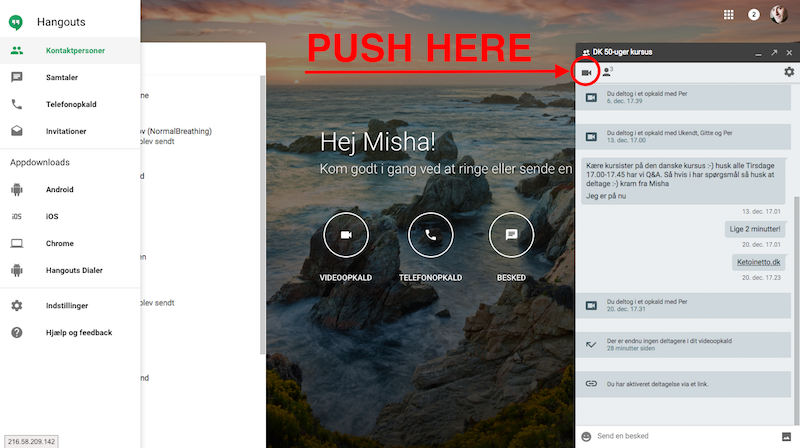